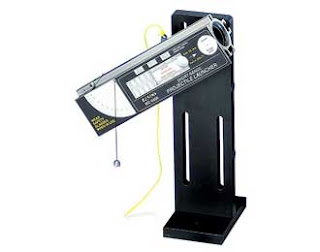 I got a nice note last night from New Yorker Scott Marzloff, who attended my AP Summer Institute at Manhattan College.  Scott noted that he started the year with equilibrium and torque using quantitative demonstrations, and that his approach was successful.  Awesome.  However, he asks:

I am getting ready to start kinematics and I am wondering how you get through all of 1-D kinimatics in what looks to be about 6 days?  I know I can get through 2-d projectiles in a week, but 1-D with graphs, equations, and freefall I have never come close to covering in less than three weeks.  Do you tie the equations in right away with motion diagrams and graphs?

Well, to be fair, it takes more like 8-9 class days to get through kinematics, including both one- and two- dimensions.  And, I'm not saying that every one of my guys is ready to take AP exam problems on day 9.  Nevertheless, I get through kinematics just that quickly, and we perform well above the national average on kinematics problems come May.
I begin with position-time graphs, demonstrating with a fan cart and Vernier motion detector.  We predict qualitatively what a couple of graphs should look like, show that the slope of an x-t graph is velocity, explain how to find displacement from the graph's axes.  On the second day I introduce velocity-time graphs.  Acceleration is defined as the slope of a v-t graph.  I take considerable time to get students arguing about how to use the fan cart to reproduce various straight v-t graphs.
Three hints about teaching motion graphs:
(1) Homework related to motion graphs is not purely quantitative.  With every graph, I require students to describe the motion represented in everyday language, without terms like "acceleration" or "negative."  For nearly a week, homework and quizzes hammer kinematics concepts rather than calculations.  One night's homework is a 21-question set of multiple choice questions about motion graphs, on which I require detailed explanations for any question they initially get wrong.  Make the class explain their thoughts in words.
(2) I don't (yet) stress over the difference between vector and scalar quantities.  Kinematics is confusing enough without the subtlety of distance vs. displacement, velocity vs. speed.  I use velocity and speed as synonyms on these first few days.  Heresy, you shout?  Perhaps, but it works.  Try it.
(3) In the same vein as (2), don't even discuss sidebars, no matter how interesting.  For example, curved v-t graphs simply don't exist during the two weeks of kinematics.  If a student asks about them, I explain that a huge set of moving objects produce straight v-t graphs, and that the things that don't have constant acceleration simply aren't relevant right now.  Other irrelevancies include a-t graphs, "jerk", anything involving calculus...
Graphs take at least half of my time teaching kinematics.  Why?  Because once we understand motion graphs conceptually, algebraic kinematics is straightforward.
I explain that all moving objects we consider will involve straight velocity-time graphs.  But we want to be able to make predictions without having an actual motion graph in front of us.  How can we do that?  By using a straight v-t graph to derive some algebraic formulas.  I show that taking the slope of a straight v-t graph produces the first of the constant-acceleration kinematics equations.  I show that taking the area under the v-t graph, along with some algebraic substitution, produces the second of the constant-acceleration kinematics equations.  (I simply state the third equation, without derivation -- they get the point.)
I do a set of quantitative demonstrations with the PASCO projectile launcher.  In each problem, we define a positive direction, and fill out a chart in which we identify the five basic kinematics variables (vo, vf, Δx, a, t). We learn that the problem is solvable as long as we know three of the five variables.  I don't spend any time on algebraic methods -- they figure out the most efficient algebraic techniques on their own by doing homework problems.  (Exception: I do one example in which I demonstrate that we do not ever need the quadratic formula.  There's always a simpler approach.)
At this point, one-dimensional algebraic kinematics problems become simple for the majority of students.  Free-fall doesn't need a separate unit, like most books give it; free fall is just accelerated motion where a = 10 m/s2, down. We very, very quickly move on to projectiles.  Projectiles become simple, as well, once we learn to make two kinematics charts, one vertical, one horizontal.  Horizontal acceleration is always zero; time is always the link between the charts.  Since I taught equilibrium and free body diagrams first, no one is flummoxed when I show how to deal with an angled initial velocity using sines and cosines.  Projectile motion becomes more a reinforcement and solidification of kinematics concepts rather than a truly new unit.
That's it.
Most of the class is reasonably skilled, at this point, but they still need considerable practice.  But I don't give that practice in isolation.  Rather, the practice is integrated into our next few topics.  For example, next is Newton's second law.  Most problems require both a free body analysis AND a kinematics approach.  Well, when they have to use an acceleration they calculated from Fnet = ma to find how far an airplane goes on takeoff, they're practicing their kinematics skills.  Later, when two blocks collide at the edge of a cliff, conservation of momentum yields a projectile problem.  Practice in context is always more effective than rote practice.  (So, when did you really, truly learn to evaluate integrals quickly and accurately:  in your first three calculus courses where you were given explicit practice, or in your differential equations course, which took integration skills for granted in order to do more involved problem solving?)

Try moving along quickly in your simpler topics, so that either (a) you can cover more topics in the year, or (b) you can spend more time on the truly difficult topics later in the year.
GCJ
Posted by Greg Jacobs at 8:42 AM