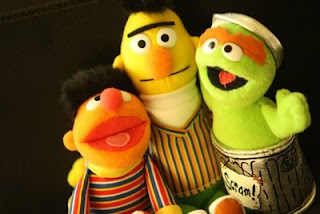 I don’t care how good your lectures are, I don’t care how well your textbook presents the material, your students are going to internalize misconceptions about physics concepts.

Sure, some of these can be avoided by careful planning – for example, I don’t introduce Coulomb’s law for the force between electrical point charges at all. If I do, every problem that says anything about electricity automatically brings forth F = kQQ/r2. Instead, I start with the concept of an electric field; several days later, I explain that a point charge can CREATE an electric field by the equation E = kQ/r2; and then the equation for the force on a nearby charge follows from F = qE.

Nevertheless, even with my oh-so-careful presentation, I have to hammer the idea that the equation for the electric field created by a point charge only applies in that particular circumstance. They see questions on fundamentals quizzes asking when the equation is valid; they lose mongo points if they ever even write the equation in an illegal circumstance. My specially planned lectures, which evolved from 13 years of experience, still do not preempt misconceptions.

My attack strategy for misconceptions must necessarily take shape early in the course. In the very first month, we usually present one of the more conceptually difficult topics of the year: Newton’s second law. No matter how careful my presentations, students still try to set any old force (rather than the net force) equal to ma; they still assume that a force is required for motion to occur, assuming in their brains that Fnet = mv rather than ma.

I don’t believe in a magic technique to eliminate misconceptions. Rather, we must fight a war of attrition, converting one student at a time through a multi-faceted approach. Docking points on homework, asking the same question numerous different ways on fundamentals quizzes, multiple choice questions, in-class reminders, et cetera are all legitimate weapons in our attack on misconceptions. Today’s post demonstrates another part of the arsenal: make the student recognize the misconception when someone else writes it. Then, make that student write out an explanation for why this someone else has said something silly.

Below is a problem I use as a quiz in AP physics, or on a concepts test in general physics.

(The saddest part is that I often have to explain the use of the term “muppet.” RIP, Jim Henson.)

Bert, Ernie, and Oscar are discussing the gas mileage of cars. Specifically, they are wondering whether a car gets better mileage on a city street like Route 15 in Orange, or on a freeway like I 64. All agree (correctly) that the gas mileage of a car depends on the force that is produced by the car’s engine – the car gets fewer miles per gallon if the engine must produce more force.

Below is the statement made by each muppet – one statement is completely correct, and two contain errors. Identify the correct statement. For the others, explain thoroughly the error in physics (Free body diagrams may be useful).

Bert says: Gas mileage is better on I 64. On route 15 in town the car is always speeding up and slowing down because of the traffic lights, so since Fnet=ma and acceleration is large, the engine must produce a lot of force. However, on I 64, the car moves with constant velocity, and acceleration is zero. So the engine produces no force, allowing for better gas mileage.